Girls at Loreto College Ballarat are not permitted to wear t-bar school shoes. They wear black shoes with white knee socks in summer, and navy tights in winter.

Girls at Belmont High School were banned from wearing t-bar school shoes from 2013. They wear black shoes and white socks with both their summer and winter uniforms, with navy tights an option in winter. 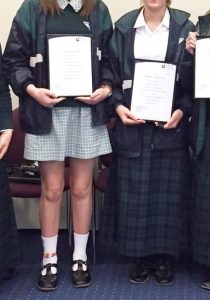 – Green and white regulation dress
– Green Belmont High School jumper, round neck with school logo
– Grey or white socks. Socks must not have any logo on them.

A reminder to students and parents that the following uniform items are currently permitted in 2019, however these items will NOT be permitted from the beginning of 2020:

This information was distributed to students and parents at the end of last year. The Belmont High School Uniform Policy is located on our school website for your information.

Girls at Footscray City College are not permitted to wear t-bar school shoes. They wear black shoes with white or black socks, with the option of black tights in winter. 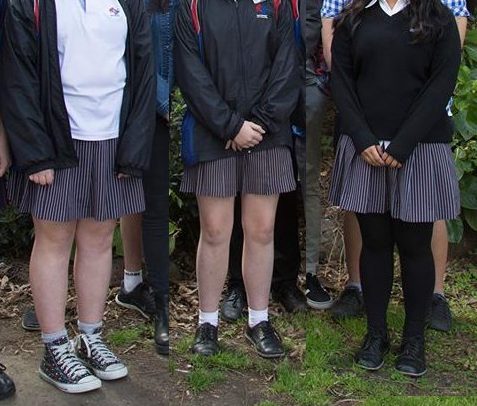 T-bars were previously on the list of acceptable shoes.

Appropriate shoes for wearing to school are black lace up leather flat shoes or T-Bars.

School uniforms were introduced at Footscray City College in 2010.

The uniform policy for Footscray City College was developed and approved by School Council in 2009.

It is envisaged that the school uniform will not be worn by Year 11 and 12 students. School Council will regularly review the college dress code policy, and this policy will be reviewed in Semester Two of 2012.

The uniform policy for Footscray City College was reviewed in 2012, and made compulsory for all students.

The current summer dress style was introduced in 2014.

Girls at Rowville Secondary College were banned from wearing t-bar school shoes from 2013. They wear black shoes and white socks with both their summer and winter uniforms, with navy tights an option in winter.

Only black polishable leather lace-up school shoes with heel. No other style of shoes permitted

This decision was made by College Council in the interest of student health and safety as an alarming number of students wear T-bars unbuckled.

N.B All parents/guardians/students were advised of this in the 2013 packages distributed Term 4 2012.

All parents/guardians are advised to purchase black polishable leather lace up school shoes with a small heel.

As of 2013, due to continued Occupational Health and Safety issues, T-bar shoes will no longer be acceptable and all students will be required to wear black polishable leather laceup school shoes.

Parents/Guardians please note that effective from 2013 T-bars will not be part of the uniform. College Council has made this decision in the interest of student safety.

Girls : T- bars will be replaced by black leather lace up shoes. The reason for this change is that they are not strong enough as the buckle often breaks leading to students wearing them in manner that could result in injury. Increasingly students are choosing to wear them unbuckled in this dangerous and untidy manner.

Girls at Wheelers Hill Secondary College are not permitted to wear t-bar school shoes. They wear white socks with their summer dress, and grey, black or white socks or navy blue tights with their winter uniform.

Slip-on canvas shoes, t-bars and sneakers are not permitted. OHS legislation demands that footwear be safe for the activities undertaken. At school this includes Science experiments with chemicals, Materials Technology with machinery and tools, Food Technology with boiling water and other subjects with a range of physical activities.

Shoes must be laced at all times. T Bar shoes are not OHS compliant and cannot be worn under any circumstances.

Have you ever been kicked by a girl wearing t-bar school shoes? Turns out they do some damage.

Well why couldn’t they have done this years ago I have dents in my shins from being kicked by girls in t-bars.

I have a scar on my forehead still 33 years after being kicked in the head by a child wearing these lol! It’s the sticky out edge of the sole that did it!

Until 2014 girls at Brighton Secondary College in Melbourne were permitted to wear t-bar school shoes with their uniform. They wear black shoes and white ankle socks with their summer uniform, with grey tights or socks an option in winter. 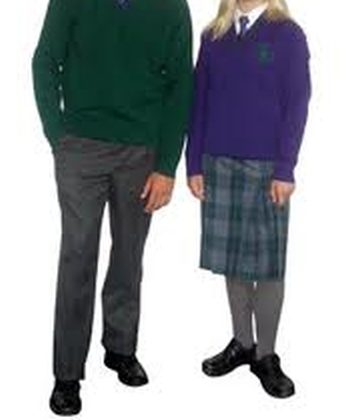 – BSC dress. Length of dress must be no less than 15cm
from floor when kneeling
– Jumper – Years 7 to 9, BSC bottle green with colour
stripe. Years 10, 11 & 12, BSC purple with VCE logo
– Shoes – black leather only, College lace-up or black
Mary Jane
– Socks – white only, ankle high. (Note: Tights are not to be worn with the summer uniform)

– BSC plaid skirt or BSC grey slacks. Length of skirt
must be no less than 15cm from floor when kneeling
– Jumper – as Summer
– Shirt – white, long sleeve
– Tie – BSC tie is compulsory with winter uniform
– Tights – grey only or Short socks – grey
– Shoes – as Summer
– School scarf and gloves

Girls at Notre Dame College in Shepparton were banned from wearing t-bar school shoes from 2019. They wear black shoes and grey socks with both their summer and winter uniforms, with grey tights an option in winter.

Black polishable traditional supportive school shoes which are fully enclosed and solid with a heel.

T-Bar school shoes which are black, polishable, traditional, supportive and solid with a heel, while acceptable are not fully enclosed and CANNOT be worn in the Technology Centre when undertaking practical classes.

T-Bar school shoes ARE NOT permitted for Year 7 students in 2018. They will NOT be accepted for any student from 2019.

Girls at Cornish College are not permitted to wear t-bar shoes with their school uniform. They wear white ankle socks with their summer dress, and navy socks or tights with their winter skirt. 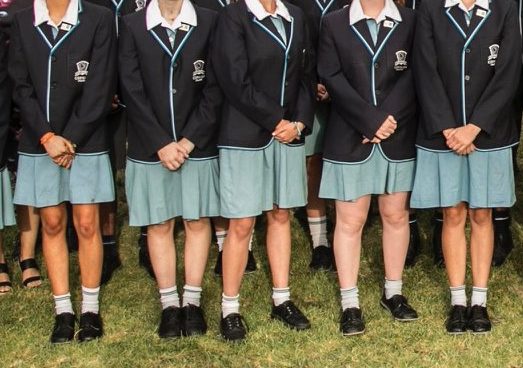 Girls at Carranballac P-9 College are not permitted to wear t-bar school shoes. They wear black shoes and white ankle socks with their summer dress, and navy tights or socks with their winter skirt.

For students in Year 7 – 9, black leather lace up school shoes are required. T-bar or Mary-Jane shoes are not acceptable due to occupational health and safety requirements.